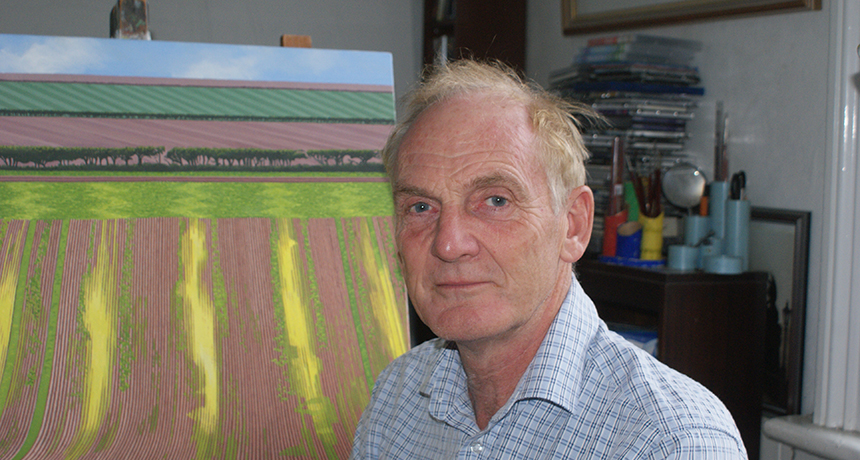 I attended Hull College of Art and Liverpool College of Art in the 1960s followed by a career in teaching firstly in Richmond and then the Scarborough area. Whilst visiting my future wife’s home at Wentworth near Rotherham I was inspired by the industrial landscapes of the area and this led me to producing a series of paintings and an exhibition at Rotherham library where the work was seen by an official from the Coal Board and subsequently a commission to produce a record of 14 collieries in the South Yorkshire area and which are now part of the National Collection at the Mining Museum at Wakefield. My interest in sport led me to a series of commissions working for football, cricket, rugby and other sporting venues producing paintings and prints to be sold in the clubs’ commercial outlets. One such commission led to a feature on Sky Tv Boots’n’All painting the final match at the Boulevard in Hull. Usually these pictures represented a landmark in the history of the club or a special event such as promotion or a cup final etc.

The inspiration for my current work is derived from the Yorkshire Wolds and the Scarborough area and in particular the juxtaposition of modern farming methods on the natural terrain giving an ever changing variety of shapes, colours and patterns. This is an area of high intensity cultivation which produces beautiful almost abstract landscapes of vivid and vibrant colours such as rape, poppies and linseed but also subtle variations of ochres and earth colours to be found in ploughed and ripening wheat fields.

My recent work has been exhibited at Bridlington Spa, The Yorkshire Wolds Gallery Staxton, Yorkshire Coast Biannual Exhibition at Scarborough Art gallery, The Moors Centre at Danby, The Coast Gallery at Burniston and Gallery 49 at Bridlington. 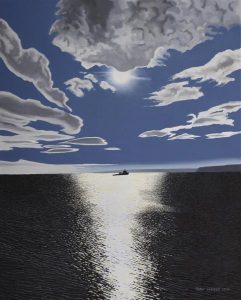 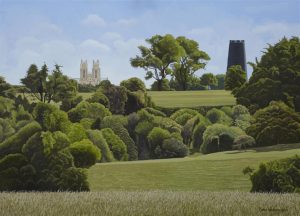 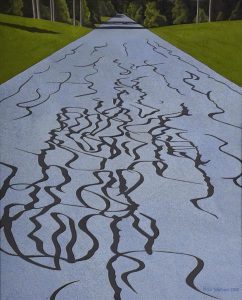 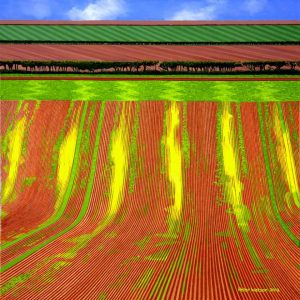